When asked my stance on Israel, my short answer is, I’m pro-Israel. I believe wholeheartedly in God’s covenant with Abraham in Genesis—to be blessed as a nation, one must bless Israel and I want the United States of America to be blessed. Growing up as a Christian, I was taught to love Israel and its people from as early as I can remember so, it comes natural to me; it’s part of who I am.

The longer answer is more complex as it delves into the politics and issues of the Middle East and the rest of the world. Without a doubt, Israel is one of our closest and most valued allies. I believe our alliance is rooted in shared principles and values. Principles such as democracy and capitalism and a relentless determination when dealing with unyielding enemies. 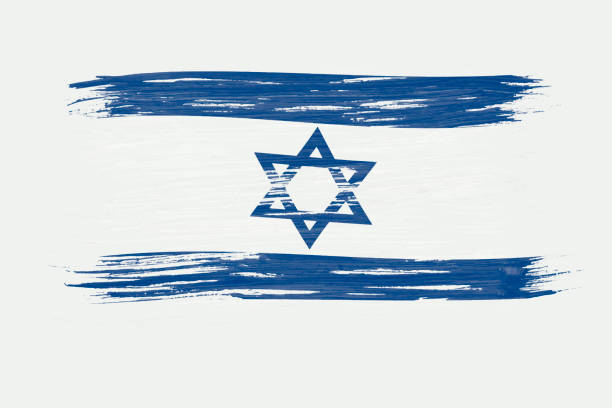 Aside from our shared principles, the strategic benefits of a strong U.S./Israel alliance are undeniable. The U.S. and Israel share a common enemy, radical Islamic Terrorism. Supporting and defending Israel has never been more important as they face imminent threats from Hamas, Hezbollah, ISIS, and the leading sponsor of terrorism, Iran.

I support peace with strength for the state of Israel. I believe Israel has the right to protect its people by maintaining secure borders on land and sea. Security checkpoints are essential as a part of self-protection at all border crossings and sea routes. Israel is fully within their rights to develop missile defense systems, eliminate advanced weapons shipments into border areas and aggressively defend its right to exist as a nation. I am committed to full funding of U.S. security assistance to Israel in accordance with the 10-year Memorandum of Understanding at $3.8 billion per year. Ultimately, I support ensuring that Israel maintains a qualitative military edge (QME) in one of the most dangerous neighborhoods in the world – the Middle East.

Iran poses a significant threat to both America and Israel. Iran remains the largest sponsor of terrorism in the world and is the main destabilizing force in the Middle East. In congress, I will support the president in his quest to show those in the region that aggression toward Israel will not be tolerated. We must do whatever necessary to make sure Iran can never obtain a nuclear weapon. I will always support tough sanctions to stop their nuclear capabilities as well as their ability to transfer money and weapons to terrorist groups, such as Hezbollah.
I will always support Israel’s right to defend itself. Since 1948 when the nation of Israel was re-born, enemies of the Jewish state have incessantly tried to undermine and destroy it. Israel has withstood decades of war and violence. Israel’s enemies have also used strategies to delegitimize and Isolate Israel through economic boycotts. It must be the policy of the U.S. to oppose any and all attempts by the international community to boycott, divest, or sanction Israel. I also favor any cooperative programs with Israel in areas such as energy and cyber security. I will support any legislation to achieve these ends. I am encouraged by President Trump’s decision to recognize Jerusalem as the capital of Israel and his action to move the U.S. embassy to its rightful place. This should have been done years ago and is a pivotal step toward showing the world that the U.S. stands with the nation of Israel and will not tolerate any efforts to delegitimize their right to exist.

In congress I will support all efforts to bring peace to the Middle East. However, I believe that any long-term peace deal must be agreed upon by the parties themselves, and not imposed by a third party like the United Nations. Israel’s right to make decisions about its safety and security should always be respected. If peace is to happen, the Palestinian Authority (PA) and Israel must have a seat at the negotiating table. For this to happen, the PA must renounce violence, reject Hamas and demonstrate it is committed to Israel’s right to exist in peace. I will be a steadfast supporter of Israel’s desire to achieve peace on its own terms.

It has been a dream of mine for years to make a trip to Israel. My close friend and relative-by-marriage, Don Cobble has offered to take me for years and I have never found the time. I realize now that I must make the time. As a person who has been a part-time resident of Israel for years, Don is well connected and educated on the ins and outs of Israeli culture and politics.

Israel will have no better friend in the U.S. congress than Barry Moore. I sometimes shy away from campaign promises, but, this is one promise I can make without reservation. I have much to learn about its people, its customs and how the U.S. can do a better job supporting this most treasured ally, but I am eager to learn and ready to begin.